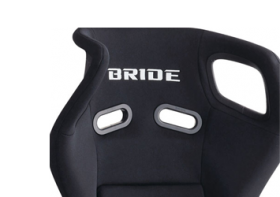 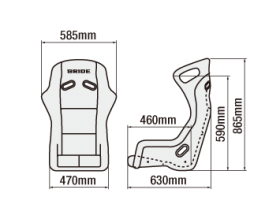 A feature of the GARDIS III model is the head support to protect the driver from offset impact from the rear. Presently, most FIA competitive categories recommend the use of head support equipment. BRIDE has understood the need for head support since long before it was recommended, and has been working on design and development. The competition-specification GARDIS III, which protects the driver from impacts such as offset impacts from the rear that are considered the most dangerous, are used in racing scenes all over the world.
The base for GARDIS is ZETA III, which could be called the standard fixed bucket seat model. Maintaining the feeling of being enveloped in ZETA III that has been selected by many drivers, it has evolved into an exclusive competition use model with the addition of a large head support.


The GARDIS III is a FIA-compliant model.